A Visit from Denise Weimer 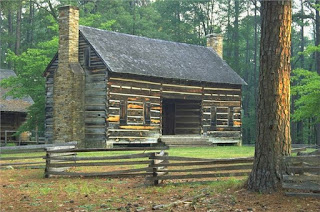 For this week's installment featuring different locations of our Backcountry Brides novellas, we're visiting the land of “The Hornet’s Nest,” the setting of Across Three Autumns by Denise Weimer.

In a historical novel, setting consists of both location and date.

Across Three Autumns takes readers to Piedmont Georgia—the middle part of the state nestling between mountains, coast, and southern flatlands. This area where I now live includes rolling hills, hardwood and pine forests, and multiple lakes and streams. During Colonial times, pioneers described forests lush with wild oats, pea vines up to fifteen feet tall, wild grapes, and haws. Indians had burned off the forests annually to allow grasses to grow, a tradition settlers continued. Turkeys were so plentiful pioneers caught them in pens. The soil proved conducive to growing corn, wheat, flax, sweet potatoes, hemp, and fruit trees.

In the early 1770s, most of Georgia’s settlements clustered near the coastline and up the Savannah River. A 1773 land cessation meeting held in Augusta tempted settlers inland, including the family of my heroine, Jenny White. Local militia leaders Elijah Clark and John Dooly led men like Jenny’s father Asa and Scottish scout Caylan McIntosh in three-month terms battling Creek Indians. When British forces captured Savannah in an effort to subdue the south and recruit Loyalists in the backcountry, Georgia militia rallied against the Tories as well.

My story may be a little unique in the collection in that it covers a three-year period, from 1778 to 1780. I chose a range of time for a couple of reasons. First, it allowed me to show the scope of turmoil endured by the settlers who lived in what was dubbed “The Hornet’s Nest” during the Revolution. The time period includes the 1779 Battle of Kettle Creek through the exodus of Patriot Colonel Elijah Clark’s army along with up to seven hundred women and children to North Carolina.

Second, I knew a romance between Jenny and Caylan would not grow quickly. Even when they had extra time together as he recovered from his Kettle Creek wound, Jenny’s insecurities over her feminine charms kept her from believing Caylan could come to love her. A scout in the militia would only be able to make irregular and brief visits. I wanted their romance to build over time. Their admiration for how the other person courageously faced danger and privation built an initial attraction into something sure and lasting. 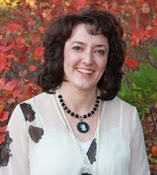 Denise Weimer holds a journalism degree with a minor in history from Asbury University. A former magazine writer, she is a substantive editor for Lighthouse Publishing of the Carolinas as well as the author of The Georgia Gold Series, The Restoration Trilogy and a number of romantic novellas. Represented by Hartline Literary Agency, Denise is a wife and swim mom of two daughters who always pauses for old houses, coffee and chocolate!